2021 TCAT Elizabethton Student of the Year 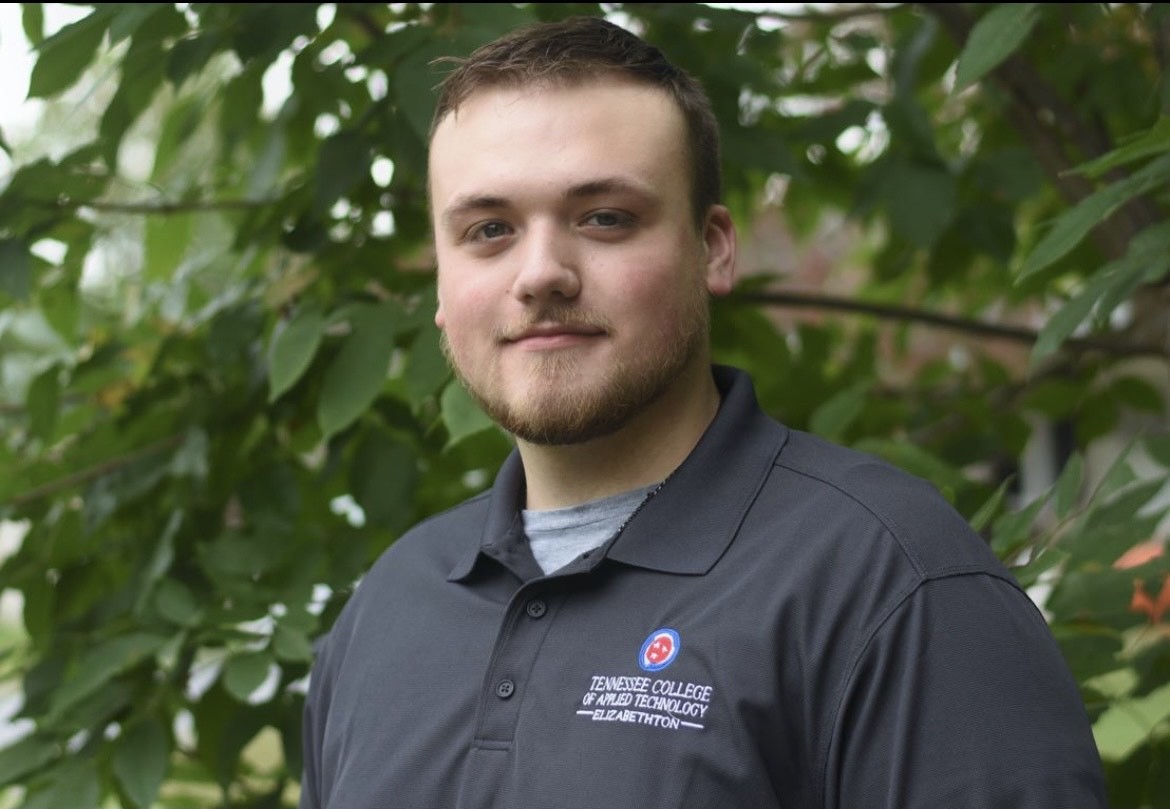 A strong desire to exceed goes a long way. That’s what Gabriel Douglas found out when he was named 2021 Student of the Year at TCAT Elizabethton.

Douglas said he chose the Advanced Manufacturing program of study because of the hands-on learning experiences in new technology systems.

“I attended Tri-Cities Christian Academy for four years and graduated in 2020. I have always been a sucker for anything technology related and especially STEM (science, technology, engineering and math) programs.

“So going to a field involving lots of tech and robotics was a no brainer for me. I did some research and found out that TCAT had recently started up the Advanced Manufacturing program after a tour of the facility and meetings with staff I very quickly fell in love with the program and what it had to offer,” Douglas said.

“He applies himself to the curriculum and is fervent about learning new concepts in technology the passion he has for the technical field can be seen in his dedication to learning in the classroom,” Phillips said.

When Douglas graduates from Advanced Manufacturing in December of 2021, he said he will enroll in the Industrial Electricity program at TCAT Elizabethton.

“After my two technical degrees are obtained. I hope to serve in the local industry to help establish automation especially in the local vicinity, as it will bring many jobs to the area. I might not be able to make a very large impact but it’s certainly worth a try,” Douglas said.

Douglas will represent TCAT Elizabethton in competition for Student of the Year among nominees from Technology Colleges of Applied Technology in East Tennessee.  The winner from each grand division of the state will compete for the statewide award sponsored by the Tennessee Board of Regents.