ELIZABETHTON — There are a lot of people and institutions offering advice about how to be a successful entrepreneur, but there are few that offered better advice than those who spoke at the  2022 Connect Leadership Conference offered by the Elizabethton/Carter County Chamber of Commerce on Friday at the Tennessee College of Applied Technology Elizabethton.

The conference consisted of a series of workshops and lectures led by some very successful local entrepreneurs who told the stories how they built their own companies from scratch. The keynote speaker was Randy Boyd, now the president of the University of Tennessee, but he is also an entrepreneur who told how he created his very successful companies.

One of the highlights was the lecture on “The Dream is Free — Entrepreneurship Highs and Lows and Everything In Between” by Keddrain Bowen, the founder and owner of Fanatics 101 and the author of the book The Dream is Free. Bowen was a standout athlete from Washington High School in Washington, N.C. and played collegiate football at Ventura College in California and at Tusculum Universitiy.

Bowen told his audience how he started his first business, Fanatics 101, by investing in the $300 in graduation gifts by purchasing urban clothes in Atlanta and selling them out of the back of his vehicle in East Tennessee. While the demographics may not have predicted success, Bowen’s self confidence and perseverance allowed him to succeed. Seeing he could grow his business by selling sports attire and memorabilia instead of urban wear, Bowen showed the flexibility to adjust to his market. The result has been a successful business for the past 20 years.

He told his audience some of the things he considered to be important for success as an entrepreneur. These include being disciplined — staying focused and having a strong willingness to work hard; being flexible; being able to handle criticism; having a plan with goals and not being afraid to take risks.

Bowen said being willing to take risks is important for an entrepreneur, but not as important as taking calculated risks. He told his audience to be sure and do a lot of research, anticipate mistakes and “don’t be afraid to pull the trigger.”

Bowen said the entrepreneur should not be afraid of failure and pointed to failures that were overcome by some of the most admired and successful people in history.

In his keynote speech, Boyd offered stories and advice that sounded very close to the advice given by Bowen. Boyd said he was fortunate to be the son of an entrepreneur. He said he wanted to start his own business, but that first effort was a failure. Undeterred, he founded another business, struggled for several years on a spartan budget, before his Invisible Fence business took off.

Boyd was also successful in his service to the state of Tennessee in several leadership positions, including commissioner of the Tennessee Department of Economic and Community Development, where he was the architect for the Tennessee Promise program and Drive to 55. It was during his time as commissioner that he received some words of wisdom from Israeli statesmen Shimon Peres. He met his when Peres was 90 years old. He said Peres, a man who served multiple times as president of Israel and prime minister, told him his greatest accomplishment will be what I do tomorrow. He said his greatest failure was that he did not dream big enough.

Other speakers offered advice on how to run a successful operation or business. One who offered such advice was Jon Lundberg, the owner and founder of Corporate Image and a member of the Tennessee Senate. Lundberg, a former lead anchor and managing editor of television and radio stations in Colorado Springs and Bristol, offered advice on dealing with “complicated communications” — being prepared for the worst and hoping for the best in media relations.

Lundberg offered advice on how to speak with reporters both in how to get out a positive message and how to deal with bad news. He set up a workshop to illustrate how to use his techniques and advice. 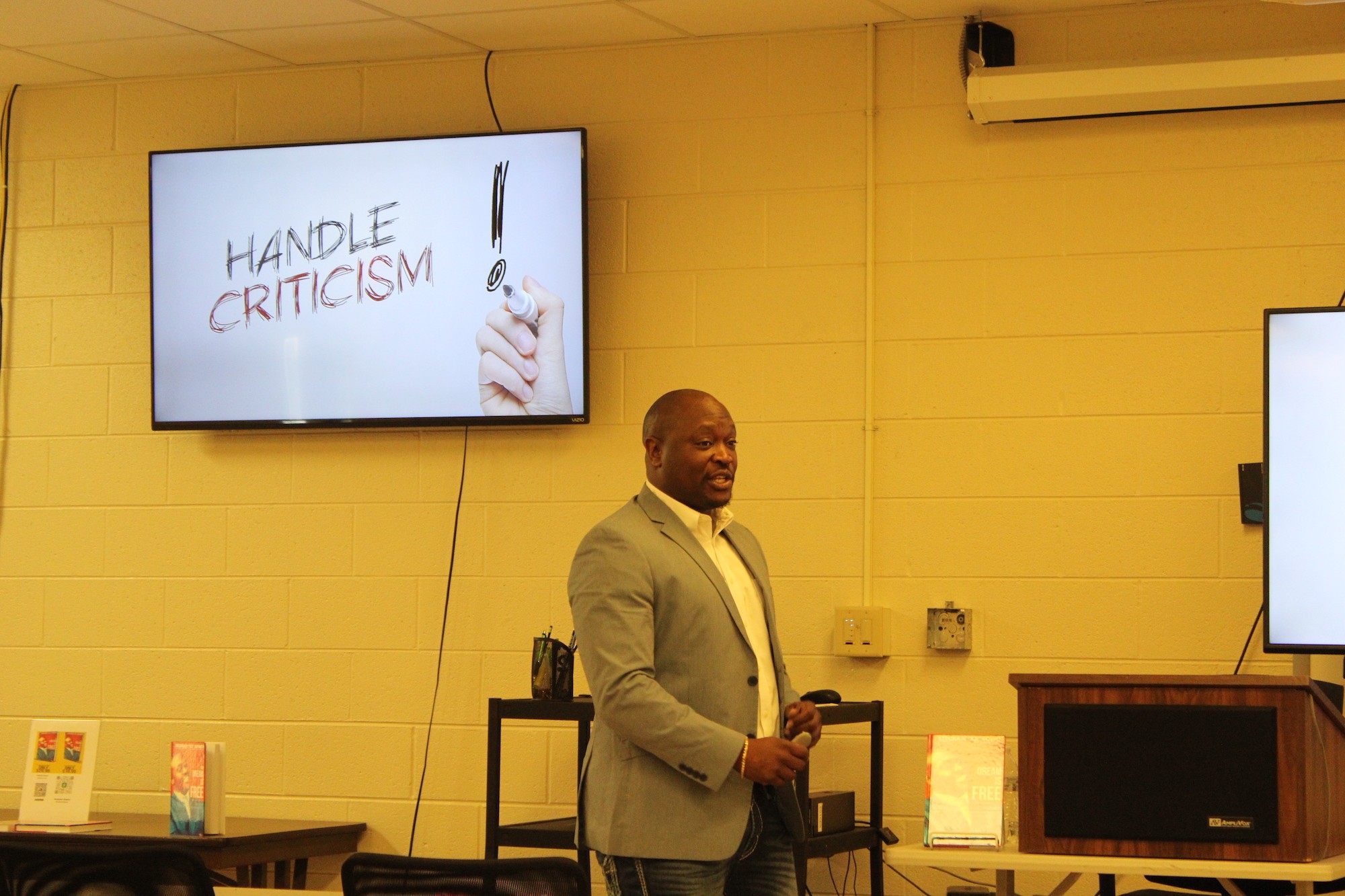 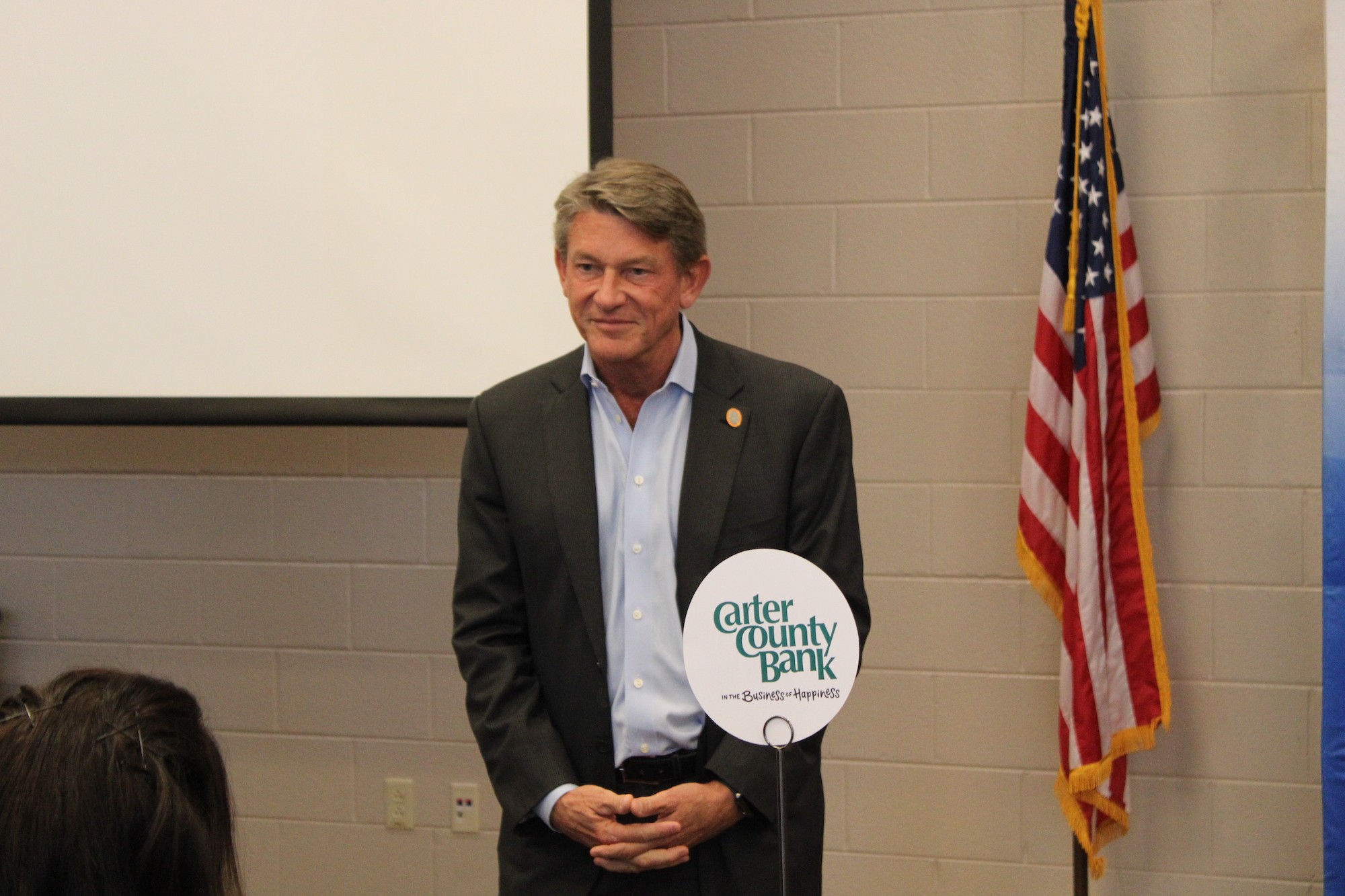