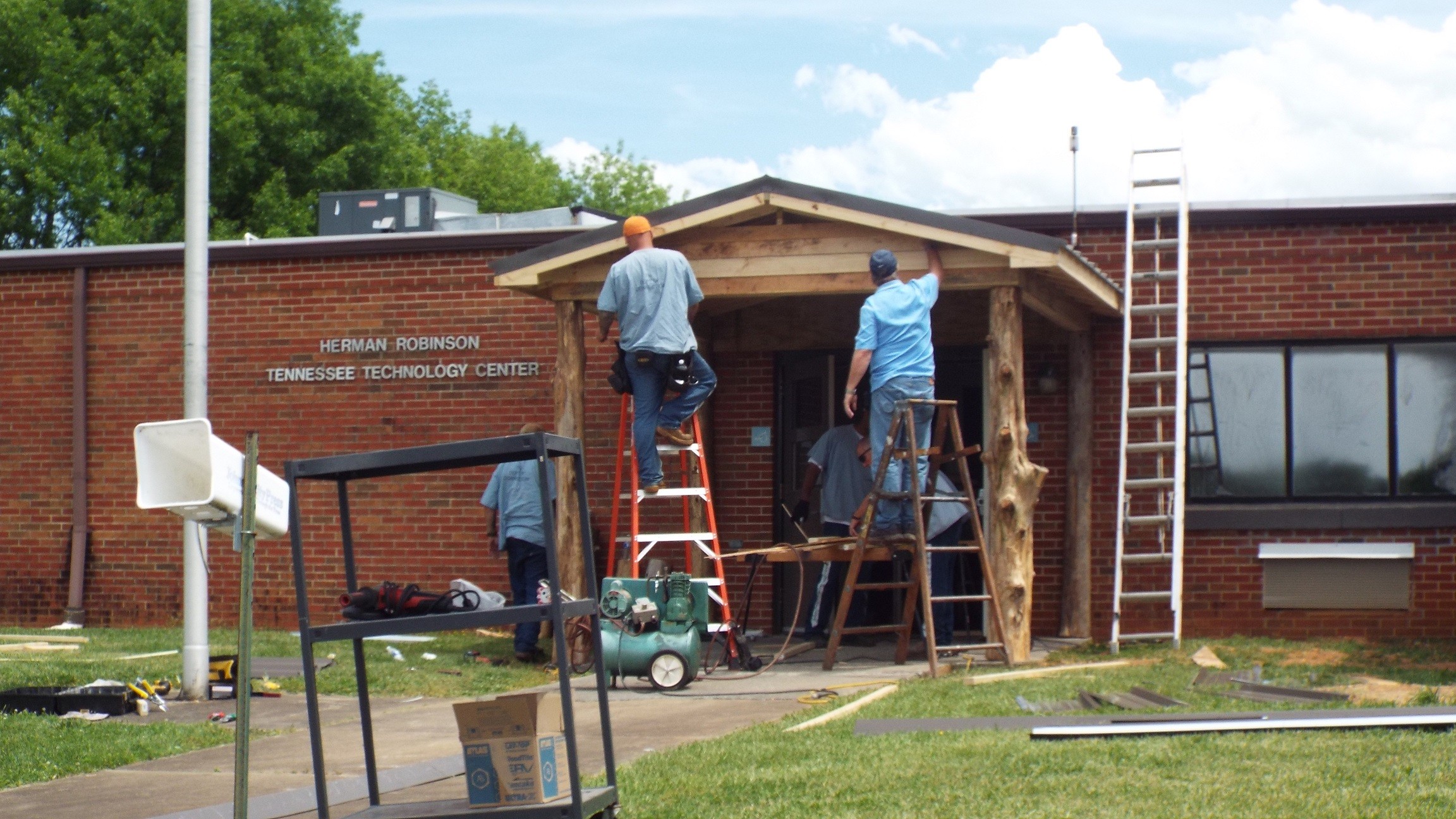 TCAT Elizabethton is giving a face lift at its original location, 1500 Arney Street in Elizabethton. Thanks to the labor provided by the Tennessee Department of Corrections Community Service Group, interior walls have been cleaned and painted, and metal siding has been installed on exterior walls.

Chapter 229, House Bill 633, enacted in 1963 by the Tennessee general Assembly, established a statewide system of State Area Vocational Technical Schools. The legislation outlined the State’s commitment to locate and construct enough schools so that no resident was more than 50 miles from a school. State Senator Herman Robinson of Elizabethton was prime sponsor of the legislation.Metal siding job completion.jpg

The Area Vocational-Technical School in Elizabethton, located on 7.7 acres at 1500 Arney Street in Elizabethton, began operation in 1965. The first classes taught were Automobile Mechanics, followed by Basic Electricity and Electronics and Office Occupations. The first graduates were awarded diplomas in November of 1966. Since then, thousands of students have been trained at the Arney Street location. 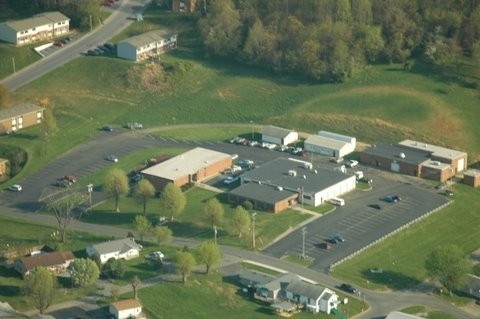 In 1971, the Tennessee legislature passed a memorializing resolution to rename the school the Tennessee Technology Center Herman Robinson Campus in memory of State Senator Robinson when he died.

In 1983, Chapter 181. Senate Bill 746. Public Acts of 1983 transferred governance of the State Technical Institutes and Area Vocational Technical Schools from the State Board of Education to the Tennessee Board of Regents. The transfer became effective on July 1, 1983 and included 46 institutions, making it the sixth largest system of higher education in the nation. 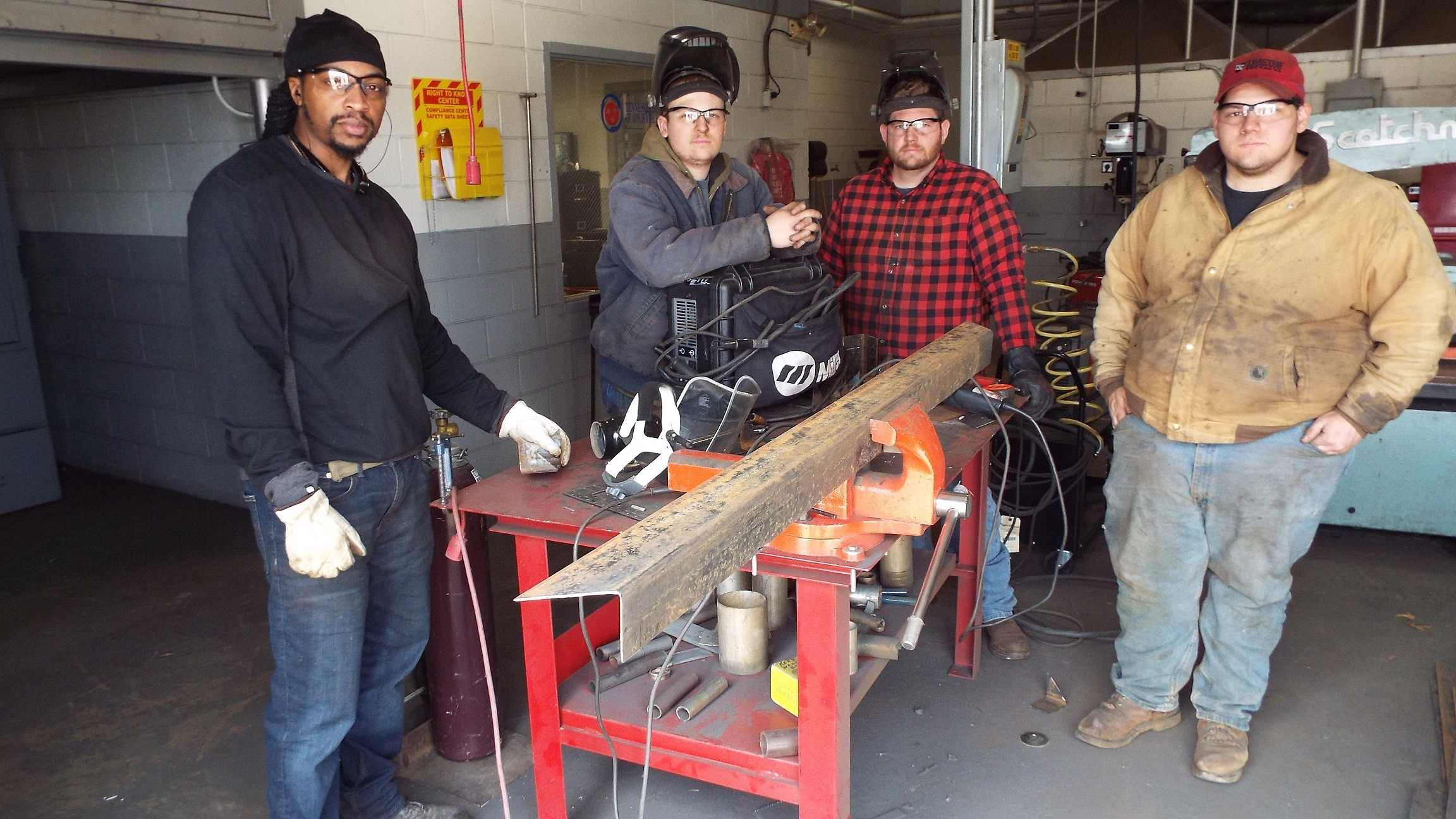 Today, welding and cosmetology classes are taught at 1500 Arney Street. They will soon be joined by students enrolled in the Kubota technician training program. Next on the horizon is Criminal Justice classes when approved by government officials, according to Danny O’Quinn, vice president of TCAT Elizabethton. 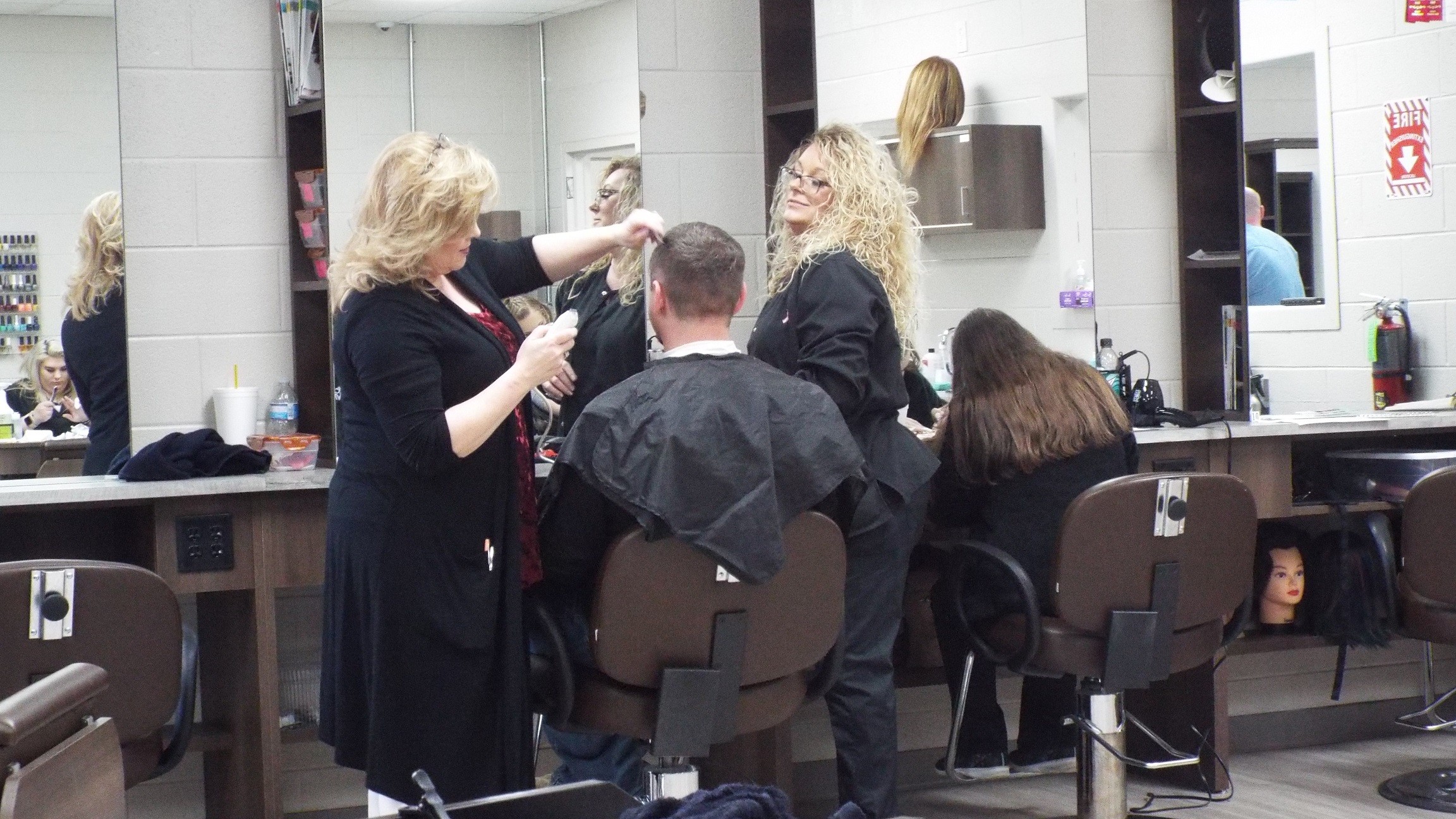 Cosmetology classes are being taught in renovated building Number Two previously used by practical nursing, certified nurse aide and tech foundations. Another class in Cosmetology, which requires requires 14 months of training for graduation, may soon be added due to the demand for the training, O’Quinn said. Welding is also being taught on the lower level of Building Number Two where welding was previously taught before the class was moved to the Main Campus. 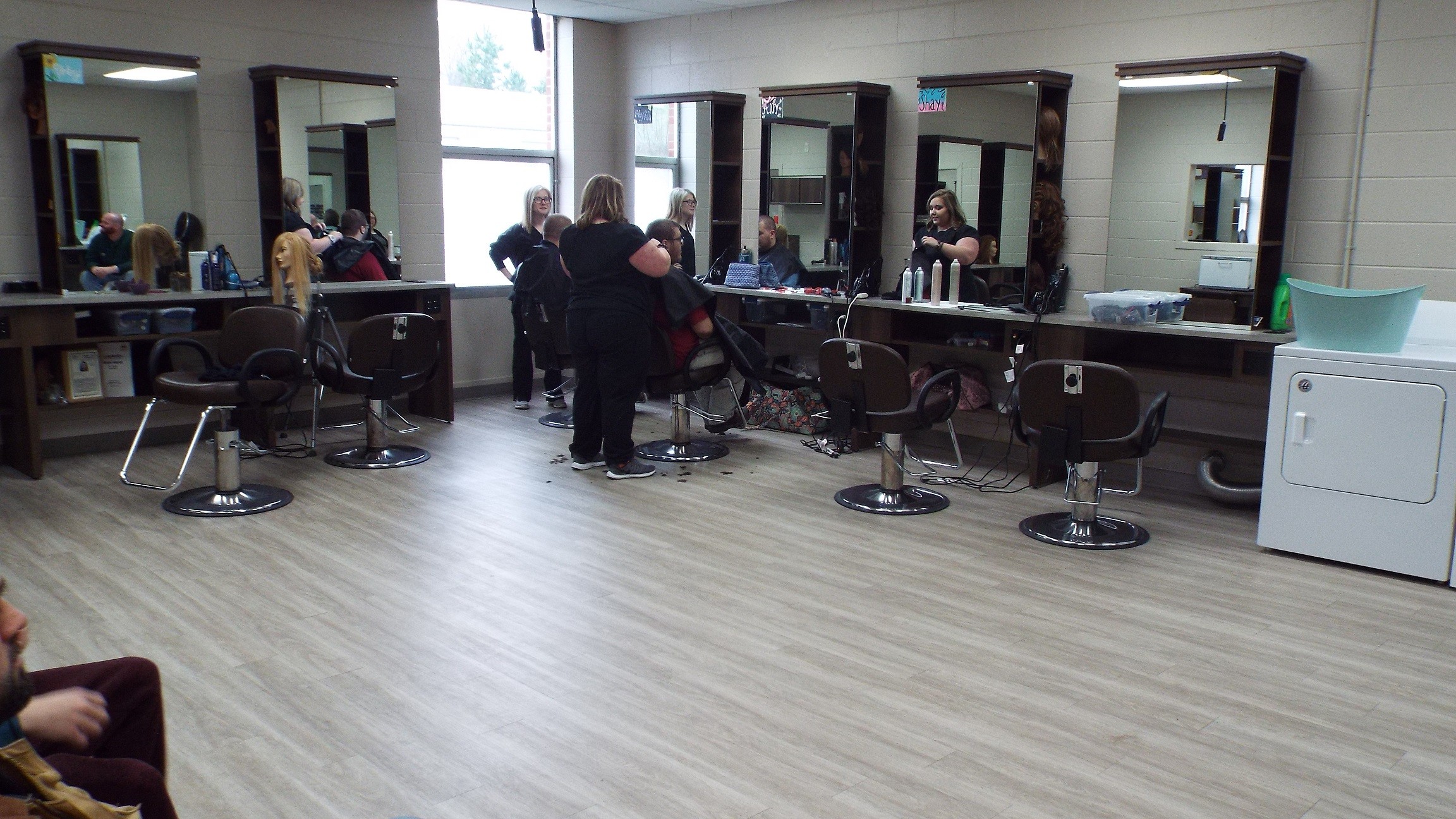 The 30,000 square foot Arney Street facility was vacated when classes were relocated to the Main Campus, 426 Highway 91 north, across from the Elizabethton Municipal Airport.

On August 20, 2012, construction began on three new buildings and renovations of a fourth building at the Main Campus, providing 95000 square feet of training space at that location. 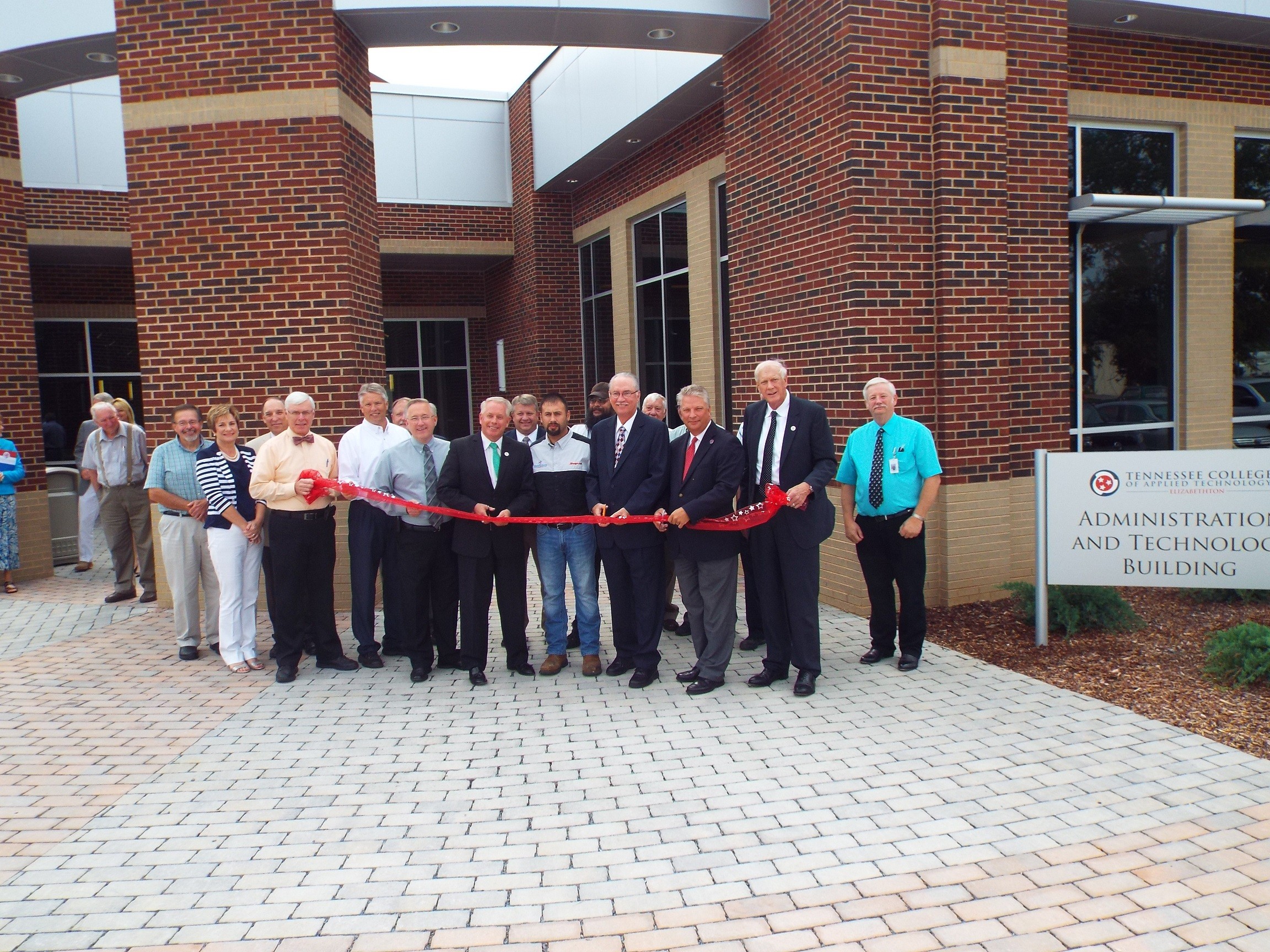 On August 1, 2014, elected and appointed federal, state and local government officials and educators participated in the ribbon cutting ceremony to officially open the $16 million campus consolidation project at the Main Campus.

The former TCAT Elizabethton Arney Street extension campus is receiving a new lease on life in serving future generations, thanks to the renovations, Blevins said.